Eclipse: The pseudoscience and the (so-called) mainstream media


Every year, during the eclipse, I hear the same thing from my grandma – OK its eclipse you should not eat food at the time of eclipse! They get up early, cook, and make you eat your breakfast (or lunch) as we are not supposed to eat during the eclipse (sic).

Being someone who teaches science, specifically space science, I pity the pseudoscience community for making these wild claims. Lets first look at how an eclipse happens.

Now, lets come back to our main topic, how eclipse is a great time for pseudoscience people!

There is a second motive for me to write this, yesterday my friend send me a text, saying that her mom was concerned something bad is going to happen because a lunar and solar eclipse is in the “same Rashi” ( As if 2020 is the greatest year).

OK, lets look at some of the claims made by pseudoscience-rs,

Most of the ‘advice’ has to do with not eating food during the eclipse, while some take it to extremes, advising pregnant women to not wear metal and whatnot.

Don’t eat non-vegetarian or other heavy foods on the day of the eclipse as it can take very long to digest.

It’s advised to dispose of leftover food cooked before an eclipse, as harmful radiation during the eclipse may be absorbed by the food.

If i start making the list, it would be a long and a boring one!

The worst part of all this is educated, people follow all these myths, and media, just for the sake of TRP ratings, publish all these total BS stories. You may also come across a lot of “Gurus” or “sanyasis” or “priests”, talk about these myths in the TVs, and these same educated fools, belive and sit at home.

I remember reading a so-called scientist claimed corona was started because of the eclipse happened in December (link to the news). Most of this news is meant as a clickbait, but unfortunately, people are taking otherwise or as legit news.

Hindu Mythology and traditional knowledge are pushed as science these days by certain political parties and their agenda of getting votes out of them. They made bold claims such as “Test Tube Babies” and “Plastic surgery” was done in India long back! We can also connect the same type of mentality and vote banking politics are linked to the reference I made in the previous paragraph. Due to these kinds of political Low-ness scientist who makes these kinds of claims get benefited with a raise in the position and recognition by governments whatnot.

Although all traditional knowledge shouldn’t be dismissed as pseudoscience, it should be backed by scientific evidence to be construed as a fact.  But it would be great if news channels would change their attitude towards progressing the country and not promote pseudosciences and only bother about their TRPs.

As always, Thank you for reading! Put your thought on the comments below! Also, share this post with your friends! 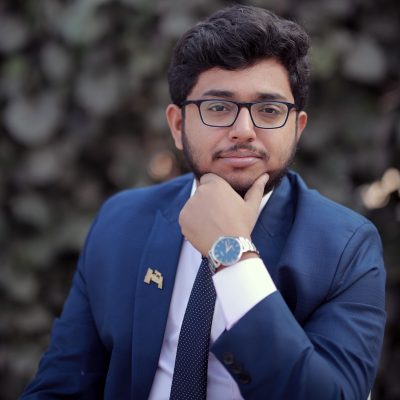 Hello there, I am SujaySreedhar, Co-Founder and Chairman Of SSERD. Welcome to my personal Website!